Thanks to popular martial action films like ‘Ong-Bak’ and ‘Kickboxer,’ the film that launched Jean-Claude Van Dam’s career, a lot of people are familiar with kickboxing. However, many still have no idea what Muay Thai is, the martial art where kickboxing is taken from. 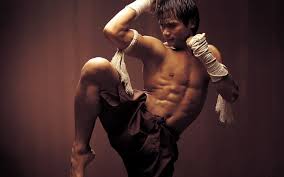 Muay Thai is the national sport of Thailand, its country of origin. It is widely popular in Southeast Asia, and was one of the first Asian martial arts exported to the West. Many of the earliest forms of martial arts were based on this fighting technique. Even the great Bruce Lee has studied the moves of Muay Thai in the early 60s, and may have incorporated some of its moves to his own Jeet Kune Do fighting discipline. It has different versions across Southeast Asia: It is known as Pradal Serey in Cambodia, Tomoi in Malaysia, Muay Lao in Laos and Lethwei in Myanmar. Regardless where it is practiced, it is essentially the same: it uses the hands, elbows, knees and feet as weapons.

Muay Thai has been practiced for centuries in Thailand and across Southeast Asia first as a form of fighting technique in the battlefields of the Siam War where soldiers engaged in the rough terrain of Siam and Burma. A fighting style was formed that employed a lethal combination of fast and furious punches, elbows, kicks and knee strikes. It was eventually made part of the Siam army’s military training by then King Naresuan in the late 1500s.

A lot of folklore surround the history of Muay Thai, and many are connected to Thailand’s own history. One of the most popular tales involved Nai Khanomtom going against the ten Burmese warriors. It was 1976, and the Thai (then Siam) capital fell to invading Burmese troops. The king of Burma was curious as to how his field warriors measured up to Siam’s Muay Thai fighters. Nai Khanomtom was chosen to fight a Burmese soldier one-on-one, which he easily defeated. The king was so impressed with Nai Khanomtom’s fighting technique that he made a deal with him. If Nai Khanomtom could defeat ten of his warriors one after the other, he can have his freedom and two wives. He defeated all ten, and returned home a hero.

Muay Thai is not only Thailand’s national sport, but also its national pastime. It is even the most passionately watched spectator sport in the nation and most of Southeast Asia. Its popularity has spread globally that the World Muat Thai Council was established to promote the principles, techniques and all things related to Muay Thai.

A Muay Thai match is fought in five three-minute rounds with two-minute break intervals. It is officiated by a referee, and scored by three qualified judges just like in boxing. Points are awarded to fighters that successfully deliver a strike, with the round given to the fighter with the most points. The fighter who wins the most rounds wins the match.

Tradition is not lost in the combat sport of Muay Thai. The preliminary dance and offering of respect for each opponent called the wai khru ceremony is still done this day. Even the accompanying musical drumbeats are still heard during fights. With more participants getting into the combat sport and the increasing popularity of mixed martial arts, it seems that Muay Thai is here to stay.