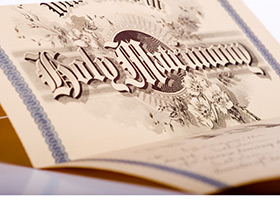 In order to register the marriage in Thailand, the important document required for a foreigner marrying in Thailand is his Affirmation of Freedom to Marry. This Affidavit must be secured from one’s Embassy in Thailand after his arrival in the country. This document signifies that the person seeking to marry is free to marry. Another important document would be the Divorce Decree. This would tell that any previous marriage has been ended through divorce, thus allowing the bearer freedom to remarry. If the previous marriage ended in Spousal death, then a Death certificate must be provided.

During marriage registration in Thailand, the parties are made to present their civil documents. For Thai nationals that would include the Thai National ID and the Tabien Baan or household registration booklet. If the Thai is a divorcee, he is required to present his divorce certificate. Foreigners, on the other hand, are made to present their passport and the Affirmation of Freedom to Marry – can be secured from the foreigner’s respective Embassy in Thailand, which had been translated to Thai. Affirmation of Freedom to Marry issued from a foreigner’s Embassy is usually written in English or in any other foreign language, that is why it needs to be translated to Thai. This document needs to be certified at the Ministry of Foreign Affairs. After the documents are certified to be true and correct, the parties are asked to declare that they take each other as spouses and are then made to sign in the marriage registry. A Certificate of Marriage is issued to the spouses to evidence their union into the country.

Each of the parties is given a copy of Certificate of Marriage after the union is formally registered at the district office. Since the certificate is in Thai, the foreign party will need to have the Certificate translated into English before the same can be used for reporting to his home state. After the translation is done, the document must be brought to the Ministry of Foreign Affairs for Certification. Some nationals are required to report their marriage at their country’s Embassy in Thailand. It would be best to confirm to your Embassy about this when you apply for the Affidavit of Freedom to marry so you know if you need to come back for the reporting of your marriage. If you need to report your marriage at your Embassy, present the certified translation of your marriage certificate (translated into your native tongue) for this purpose.