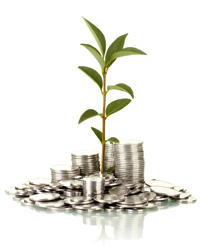 There can be no doubt that Thailand is among the most attractive places to stay either for tourists and retirees alike as the Kingdom has among the world’s best beaches, is affordable and the locals are among the most accommodating in Asia. Moreover, Thailand is one of the South East Asian countries which have positive reviews on its business climate making it a good place to expand or introduce one’s business.

But beyond these positives about Thailand are the realities that expatriates must consider into when looking forward to fly-in and explore the best that the country can offer.

Thailand does not require VISA for passport holders of 41 different countries but such rule is limited for those with tourism intent only. Length of stay varies from 15 days to 30 days. (See Thailand Visa Exemption Rule.)

If expatriates are looking forward to retire in Thailand, they are required to obtain the O-A visa which is valid for a year stay but is only issued to individuals who are 50 years old and above who has no intention to work in the Kingdom.

If the intention is to work or do business in Thailand, such will require the individual to apply for and be granted with a Non-Immigrant Category B Visa.

Surely, as a greatly developed nation, Thailand plays host to a number of hotels with many of which are among the best hotel brands like the Ritz-Carlton and Hilton. But for tourists with a tight budget, the country also offers low prices rooms from bed & breakfast hotels and inns.

But for those who are looking to stay for the long term either for business or pleasure, renting or owning a property may be the best option for them.

Though, they must also bear in mind the two facts in property ownership in Thailand: that no foreign individual is allowed to own and register a land in the Kingdom and the easiest property type to own in the country is the condominium. Added to this fact is that, condominiums are the only type of property that an expatriate can own freehold.

On many forum sites, the word “Thai Nominee” is often stated.

To put things into perspective, companies with foreign ownership are allowed to own a land in the Kingdom provided that such company is majority-owned by Thai nationals. So in order to satisfy such requirement, many of them employ Thai Nominees to sit as company shareholders but in reality, these individuals do not have the capacity to own such respective company shares. Therefore, these so called Thai Nominees are only for show and are circumventing the laws thereby making them or such practice illegal.

So if the best thing to do is, when in Thailand, to purchase a property under legal terms and practices to avoid hefty consequences.

The Thai language may be unfamiliar to many of these expatriates. For tourist, unfamiliarity with the language is just a part of the adventure in the Far East but the same may not different for those who will retire or do business in Thailand.

Thai legal documents only use the Thai language but some of these documents like contracts may be provided with translations in English or other foreign languages.

The individual who is about to enter into an agreement and signing of contract for property rental can have all the time that he wants to and translate the document entries himself using a Thai to English dictionary. But this, for all good intentions, is a potentially dangerous option as entries may be wrongly interpreted by the individual.

The best option is to hire the services of Thai-registered lawyer who is fluent in both languages as he can provide more accurate translations on the subject matter and he knows how to maneuver through the system without circumventing or breaking any Thai laws. Moreover, such lawyer can also provide corrections and suggestions, if it is warranted, to the contract agreements before they are even signed by the expatriate.

Also, just because Thais are naturally accommodating and friendly, expatriates are still expected not to commit to any wrongdoing or disrespect to any Thai laws, to a Thai individual and especially not the King and the royal family.